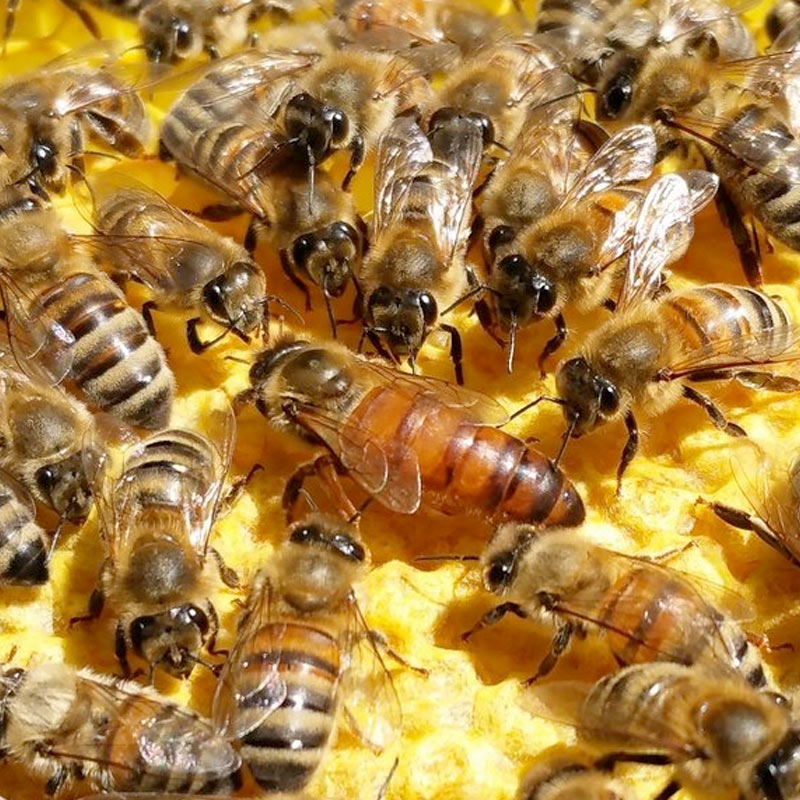 The word "Buckfast" is now popular and undoubtedly on everyone's lips, Nowadays our queens are the Ferrari of the sector. Perfect for professional beekeepers. who work for the best harvest. We are the Buckfast specialist from the first hour. Without going into the subject of fashionable discussions on Facebook groups and magazines between fans of Buckfast and anti-Buckfast fans, we wish only to clear up some cliche'.

For Buckfast we mean controlled crossings of various subspecies of Apis Mellifera, certified by a pedigree.
When beekeepers ask us if all Buckfast produce more or rather if all Buckfast consume more, we can only answer that the Buckfast world is a big container in which it is possible to find everything. In Europe there are hundreds of beekeepers who pretend to be selectors and they also have the title, but this does not mean that all of these have effectively achieved good results.

Our work over the years, exhausting from every point of view, was to search for, discover and test these breeders and their genetic material to skim and stay with the excellence of the European scene. We can proudly boast of having "selected", the best breeders, from which we go to reproduce queens, helping them in their selection with our feedback but also with custumers ones.

We were the first to understand the revolutionary potential of the best Buckfast queens in the field of professional beekeeping and now we have become the reference for all those who want to professionalise their business.
Among our breeding mothers we have different strains with different attitudes but with a single common denominator: resistance to brood diseases. For us it was the first anchor: start and finish the season with the 100% of healthy colonies.

Starting from this assumption, we added the other qualities that can vary from line to line. High and constant productions during multiple crops, low swarming tendency, overwintering, longevity, better varroa tolerance, etc.
When we tried in our hives the first lines that we still keep, we were immediately surprised by the ability to collect even in unusual climatic conditions, even anticipating the search for nectar or pollen in the morning and postponing it in the evening. We were also amazed at how it was simpler and safer to organize the productions of a modern and professional beekeeping company.
Sometimes it is mistakenly thought that the best bee must necessarily be the autochthonous because it is used to the conditions of the place. Thanks to field experience, we are sure to deny this statement because, in a world that has seen sudden climatic changes and also the decrease in the amount of apistic interest's flora, the difference was determined by the meticulous and scientific selection produced by expert beekeepers over the years. Often the evolutionistic interest of the bee does not coincide with that of the beekeeper and therefore wise genetic crossings of bees coming from areas perhaps more extreme and difficult than their own, give the beekeeper more benefits than the colonies of the place subjected at most to an unprofessional not scientific selection.
Another frequent question is that concerning the recession of the characters in F2 generation, namely the daughters of the queens we sell, with the concern that those who start buying Buckfast are then slaves and dependent on us producers. Nothing could be more misleading. As in every area, both for Buckfast and for subspecies in pure line, the next cross always presents some variability, especially if between genetic strains of dubious origin. The next generation of the queens we sell, will not see the loss of the best features but simply a remixing of these, with those coming from your range. Less stable and more variable results could be obtained, but always with a starting point of at least 8 generations of selection behind and top quality standards. We believe it is enough to guarantee you even if you want to reproduce some queens by yourselves.

For us to continue to invest in our Buckfast lines it means at the time give customers the best possible tool for making professional beekeeping. Obviously, then there will be those who prefer a line rather than another, but we are certain to have at home you need to meet all, the professional with thousands of hives and a few employees who want to produce honey without being able to visit too, rather than more organized you have time and resources to optimize their company up to hobbyists who want fun and easy to work with material, docile without sacrificing production.

Last, but not least, we were among the first to commit ourselves working on lines resistant to varroa. For years we have been cooperating with the most committed breeders in this difficult search, among them our finnish friend Juhani Lunden.
As lovers of bees, we firmly believe that to reverse a route that over the years has led to the selection of increasingly resistant varroa and bees increasingly dependent on the human intervention, we must engage in the search for autonomous and resistant strains. Obviously the goal is to select lines that also makes the interests of the beekeeper and not to select "museum bees" that can not be used in modern beekeeping. In this path to dignify the bee, the subspecies with which to work with is a secondary parameter.

Despite the road is still long, we are proud to have already achieved excellent results. Our specific lines get high productions and despite having lost that total resistance to varroa, treatment free, in their home country, they allowed us to arrive comfortably at the time of the treatments or even to eliminate one, without jeopardizing the entire bee-keeping capital, a goal only a few years ago unthinkable.

Our greatest satisfaction is, and always will be, to work for the good of the bee and the beekeeper.

VSH SELECTION
In addition to the classic tools such as instrumental insemination and fertilization in a protected area, We organized 4 quite isolated apiaries in which to observe without intervening, our specimens selected with the Pin Test and with feedback on production and intended to provide us with information on the traits of resistance to varroa.

Ultimately, real "SURVIVAL APIARI" gives 25 hives spaced each in which we will leave it exclusively to the bees. So no stimulating nutrition, no manipulation, no treatments except before any colony collapses, after being transported outside. Only a single brood draw during swarming to support any future losses.

Questo iniziativa è finalizzata ad integrare il percorso di selezione perché a volte i soliti test (hygienic,smr, varroa etc) they do not provide all the answers and are difficult to interpret.
Bees adopt different responses to defend themselves against varroa and it is not certain that the only one is having low levels of infestation. There are colonies that are able to withstand greater loads so the immune system also plays a fundamental role.
In these apiaries we will therefore evaluate the final result without dwelling too much on the reasons that concur it. 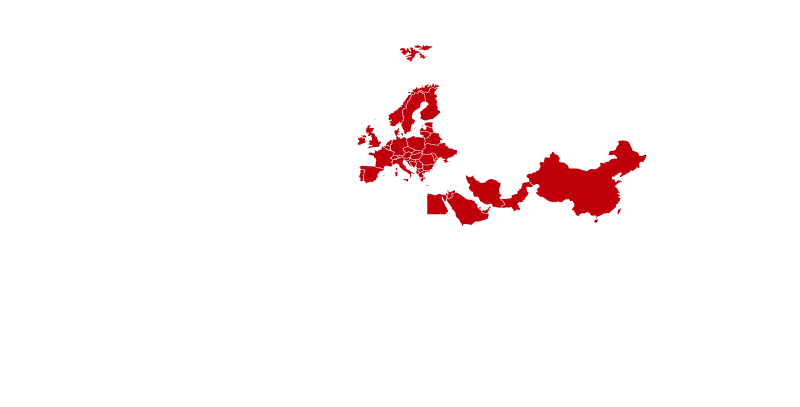 Choose which cookies you want to allow. You can change these settings at any time. However, This may be the subsequent non-availability of certain features. For information about deleting cookies, see the help function of your browser. Learn more about cookies we use.

With the slider, you can enable or disable various types of cookies: